Fall sports are ON—but what if my child gets a concussion?

Pre-COVID it seems as though parents and coaches of children were interested in the buzz word of the time—CONCUSSIONS.

Since COVID has taken over the conversation we have kind of forgotten about this concussion thing until we heard the news—fall sports are ON. So-what happens if my child gets a concussion this year? What should I look for as a parent/coach? I hope that I can give you the basics of understanding what a concussion is-what to look for, and to seek treatment if symptoms persist.

The Mayo Clinic defines a concussion as, “A concussion is a traumatic brain injury that affects your brain function. Effects are usually temporary but can include headaches and problems with concentration, memory, balance, and coordination. Concussions are usually caused by a blow to the head. Violently shaking of the head and upper body also can cause concussions. Some concussions cause you to lose consciousness, but most do not. Falls are the most common cause of concussion. Concussions are also common if you play a contact sport, such as football or soccer. Most people usually recover fully after a concussion.”

Gone is the age-old adage that you “shake it off” when you “get your bell rung.” More and more science is showing that, especially in children, you need to be paying attention to those little concussions because over time they could develop into more chronic disorders such as neurological problems (balance, coordination, speech issues, cognitive delays), post-concussion syndrome, second impact syndrome and/or CTE.

Chronic traumatic encephalopathy (CTE) is the term used to describe brain degeneration likely caused by repeated head traumas. CTE is a very rare disorder that is not yet well understood. CTE has been found in the brains of people who played football and other contact sports, including boxing. It may also occur in military personnel who were exposed to explosive blasts. Some signs and symptoms of CTE are thought to include difficulties with thinking (cognition), physical problems, emotions, and other behaviors. It’s thought that these develop years to decades after head trauma occurs. Even though these symptoms are rare, we are learning more and more about this complicated disorder.

What about my child-athlete?
What should I do if I suspect they have a concussion?

The first visible clues of a concussion in your child after an impact or collision are:

If it were MY kid—I’d have them get checked by the trainer and have them sit out the rest of the game/match. In the midst of a game you have adrenaline, dopamine, serotonin, and cortisol (depending on how the game is going) pumping through their body—they may not even feel the total effects of what is happening inside of them because of all the hormone release going on.

Not to mention, all kids have underdeveloped frontal lobes, which means they don’t always make the best decisions in crucial situations. The reason I have them sit out is that TYPICALLY if there is a minor or slight concussion after a collision or head trauma, the brain is able to fully recover in 7-14 days after injury. If that first concussion goes undiagnosed and they continue to play and were to have another trauma, Second Impact Syndrome may occur—leading to difficulties like Post-Concussive syndrome of CTE later in life.

Second impact syndrome occurs when an athlete returns to sport too early after suffering from an initial concussion. The athlete does not need to receive a strong second blow to the head to set the effects in motion. The athlete may receive only a minor blow to the head or a hit to the chest or back that snaps the head enough to have the brain rebound inside the skull. It only takes a minimal force to cause irreversible brain damage. Because the brain is more vulnerable and susceptible to injury after an initial brain injury, it only takes a minimal force to cause irreversible damage.

I don’t mean to scare you. But the brain is SO precious—Lets just take care of it and have them sit out.

After you suspect your child may have a concussion, the next step is to get an evaluation at the doctor where they may run some tests and do a CT scan. Fargo has many opportunities to get proper screenings for these events and help get your kid back to playing safely. And remember, signs and symptoms of a concussion can be subtle and may not show up immediately. Symptoms can last for days, weeks or even longer.

Here are some of the things you can look for:

If you are really wondering when or if you should take your child in.

Seek emergency care for an adult or child who experiences a head injury and signs and symptoms such as:

Pre-COVID it seems as though parents and coaches of children were interested in the buzz word of the time—CONCUSSIONS.

We have an entire team of people dedicated to treating head injuries, so the timing of when to seek treatment is up to you. Most people usually wait 7-14 days after a concussion to see if injuries will resolve themselves, but some people come in after their diagnosis of concussion from a medical provider and start treatment right away in order to get back on the field and into daily life as fast as possible. If symptoms occur more than 14 days, we recommend getting checked by one of our brain team providers to get you back on track.

Our providers are trained in vestibular rehab, dry needling, manual therapy & CranioSacral Therapy, and getting the proper treatment right away can keep you from the complications that can come without treatment.

Apex also works with a network of people in addition to our treatments that we can recommend if necessary which include Neurologists, Cognitive rehabilitation, Vision Therapy, neuropsychology, as well as other resources such as hyperbaric treatment and resources to make sure teaches and coaches know how to help your child get back on track.

Potential complications of concussion include:

It’s important for athletes never to return to sports while they’re still experiencing signs and symptoms of concussion.

Let Apex’s brain team keep your brain healthy and your athlete in the game!

We are also here to help educate the community on concussions, so if you’d like to have us come speak to a group, please call us at 701-364-APEX (2739), we’d love to help keep our community healthy. 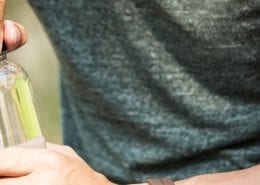 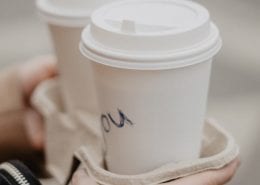 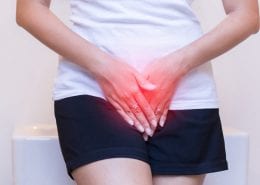 Sign up for our BlogGet updates to our blog in your email inbox!

Keep up to date with our weekly Blog. Stay informed on what going with Apex Physical Therapy & Wellness, tips for best practices with movement and stretches and staying healthy!

Coronavirus Update: We are open our normal working hours. For the safety of all patients and employees, please do not enter our clinic if:You have a fever and respiratory symptoms or you have had known, physical contact within the last 14 days with any person that has tested positive for the coronavirus.